What Makes an AC Efficient? HINT: It's Not Just SEER Rating 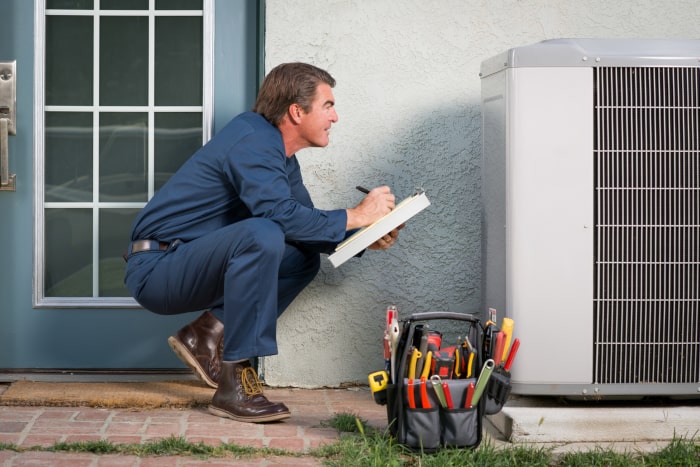 If you're in the market for a new air conditioner, efficiency is probably one of the factors on your spec list. There's no doubt about it: A new, energy efficient air conditioner can provide the same amount of comfort at a lower operating cost than the one you're replacing. That's good for your wallet and the environment.

Most homeowners know that an AC's SEER rating, aka its Seasonal Energy Efficiency Ratio, is an indicator of efficiency. The higher the SEER rating, the more efficient the air conditioner, right? Well… kind of.

While it's true that more efficient air conditioners generally have a higher SEER rating, focusing on SEER alone can actually cost you. There's another factor that has a profound impact on how efficiently your AC operates, which is entirely exclusive of SEER.

Did we pique your interest? Well, before we tell you all about it (and we will!), let's go over what SEER ratings are really all about.

What does an air conditioner's SEER rating really mean?

SEER is one indicator of an air conditioner's efficiency. Nowadays, the lowest SEER rating for most residential air conditioning systems is 14. The highest is 25 for standard split systems (mini splits are even more efficient). Like the miles-per-gallon (MPG) figure for your car, these numbers are not guaranteed, static, always-gonna-be-this-efficient ratings.

Your 40 MPG car isn't going to achieve 40 MPG if you burn rubber. The same is true for your 19 SEER AC if your ductwork is undersized. The highest rating only applies when the unit is operating under ideal conditions.

In other words, it's best to think of a 19 SEER air conditioner as "a unit capable of achieving 19 SEER when everything is perfect." You're not going to enjoy peak efficiency all the time unless all aspects of your HVAC system, including the ductwork design and unit sizing, are exactly as they're supposed to be. In many homes, they aren't.

Ultimately, SEER speaks to the efficiency an AC can provide, not what it will provide. It's more of a guidepost than a hard and fast rating.

The other thing that impacts AC efficiency: modulation

Let's say you're a gas mileage hawk. You just bought a Toyota Prius that gets 50 MPG. Cool.

After driving it for a while under different conditions, you notice that you get about 42 MPG around town and 46 MPG on highways. Sometimes, you hit that 50 MPG mark, but not very often. It begins to dawn on you that to drive the car as efficiently as possible, you need to drive in a particular, perfect way all the time. However, like most drivers, you just mash hard on the accelerator whenever you want the car to go.

That's essentially the same thing a standard air conditioner does. It runs at full blast any time the thermostat tells it to.

And that's true whether your standard AC is 14 SEER or 18 SEER. If you set the thermostat to 73, it's going to turn on and blow hard as soon as the thermostat detects that it's 74 degrees inside your home.

Thankfully, modulation changes all that.

A modulating or variable speed air conditioner runs at full blast when it needs to and at slower speeds the rest of the time. In other words, the AC "modulates" its output according to conditions - kind of like a robot driver who operates your Prius according to varying conditions it encounters on the road.

With variable speed HVAC, you're not altering the AC's SEER. You're changing the speed at which the AC cools the air. Modulation improves the system's operating efficiency, regardless of SEER rating.

Variable speed systems have other benefits, including quieter operation and better dehumidification, but efficiency is one of their big advantages.

In between standard (or single-stage) systems and variable speed systems is the two-stage system. It's more efficient than the standard system because it can operate at two speeds: the high, "full blast" speed of the standard AC and a slower speed that uses less energy.

Two-stage systems aren't as efficient as variable speed systems because they aren't fully modulating. Instead of a range of speeds, you just get two. Still, they're a lot more efficient than a standard air conditioner, all else being equal.

The lesson? Look beyond SEER if you care about efficiency.

As you consider different air conditioner specs, you'll see two-stage units rated at 17 SEER and single-stage units rated at 18 SEER. You might be tempted to pick the 18 SEER system since the number is higher. Just remember that the speed at which the system cools your home matters just as much or more as SEER rating.

When it comes to real-world operation, a 17 SEER, two-stage system could perform more efficiently than the 18 SEER, single-stage system.

Oh, and don't forget: Any new AC you buy today will be more efficient than the one you're replacing. Consider your old air conditioner, which might only be rated at 10 SEER. Even the least efficient replacement on the market is rated at 14 SEER, so you'll probably save money each month no matter what.

Of course, poor installation or undersized ductwork could make a high SEER system work much harder (and use more energy) than its rating implies. In addition to SEER and AC type, the quality of your installation and the design of your HVAC infrastructure have a major efficiency impact.

So, when you go hunting for the most efficient AC options, remember the words "variable speed."

Ultimately, speed - not just SEER - has a tremendous impact on efficiency.