Replacing Your AC? This Guide Helps You Choose the Best System 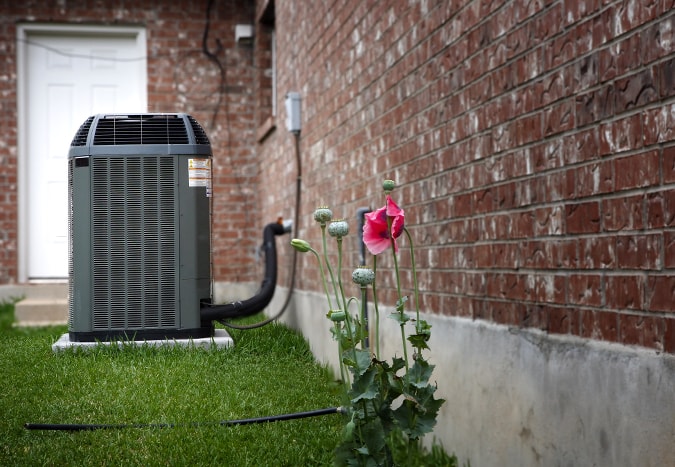 Is it time to replace your air conditioner? The process of selecting new HVAC equipment might seem complicated. To many, it even feels intimidating - like deciding which kind of car to buy.

But it doesn't have to be that way. The more you know about different HVAC options, the likelier you are to select a system that meets your needs and fits your budget.

Many homeowners think they need to upgrade their AC when they:

But none of these problems necessarily indicate a need for new equipment. Lack of maintenance, leaky ductwork, inadequate insulation, and air leaks throughout your home could be responsible for many of these issues.

In other words, you might not have an HVAC problem. You might have a home performance problem.

On the other hand, you probably should replace your AC when:

When two or more of the above are true, replacement probably makes more sense than grinning and bearing it with old, clunky equipment.

Ok, you're sure that the only way to optimize comfort and efficiency is to replace your air conditioner. Where do you start?

It might be tempting to request quotes for a new system that's the same size as your current one, but that's actually not a good idea. For starters, there's a good chance you've been using an oversized air conditioner all along. Replacing one oversized unit with another oversized unit will not solve your comfort problems!

To avoid oversizing, every contractor who quotes you on a new system should perform a Manual J load calculation on your home to determine the appropriate tonnage for your new AC. Rules of thumb for your climate zone and your home's square footage will not cut it. If your current system is oversized, those "trusted" rules of thumb might actually be to blame!

Another reason to perform a load calculation is that the attributes of your home might have changed since your last HVAC upgrade. Maybe you sealed up some air leaks, increased attic insulation, or otherwise improved your home's energy performance. If that's the case, you might get by with a smaller AC than before.

Long story short: The Manual J load calculation is necessary. Any HVAC contractor who says otherwise is not the contractor for you.

When it comes to efficiency, nearly any air conditioner available today will be more efficient than what you're replacing. A unit's SEER, or "seasonal energy efficiency ratio" where a higher number indicates a more efficient unit, can help you understand how efficiently a particular AC will operate.

But only to a point. You see, using SEER alone to determine your AC purchase decision is problematic.

For one thing, 14 SEER is the minimum these days. If you're replacing an old system, you're automatically getting an enormous efficiency boost, no matter what! What's more, a unit's SEER only speaks to one aspect of a system's overall efficiency.

SEER reflects the efficiency of an air conditioner while it's operating, and that's important. But it doesn't reflect how you use the system in your home.

The type of furnace/air handler, or blower, you choose is more important for efficiency and comfort than an air conditioner's SEER. Now that you understand the basics of SEER (higher number = better), consider the benefit of prioritizing air handler type over SEER for your next air conditioner.

Of the two, the 16 SEER unit with the single speed air handler will actually lead to less comfortable conditions than the 15 SEER unit, even though the efficiency rating is higher. It might even be more expensive to operate.

Why? When a variable air flow system is cooling your home, it removes 3 to 4 times more moisture than a standard system with on/off air flow. Basically, you'll feel more comfortable at higher temperatures. You'll also spend less on energy, even though your system has a lower SEER.

A single speed air handler also costs more to operate than an air handler that runs more continuously. It's quieter. It allows for better filtration and indoor air quality. It's just better!

Opting for a thermostat with dehumidification control in addition to a variable speed blower is a great way to further mitigate comfort deficiencies and temper a system's tendency to cycle on and off. It turns the system on via a humidity call, running at a lower speed for longer intervals to better dehumidify the home. Installing one also functionally increases your unit's SEER. For instance, a 14 SEER unit with dehumidification control actually operates at around 15 SEER.

Here's the bottom line: If your budget allows for either a higher SEER or a variable speed air handler, use your money for the air handler. The specs aren't as efficient, but the way it operates will save you money and increase comfort.

Step 4: Opt for a higher SEER.

If you've chosen a variable speed air handler and still have money in your budget, now's the time to get the highest SEER you can afford for an outdoor unit. After making the optimal air handler selection, a unit's SEER really starts to make a difference.

By now, you've identified a properly sized system and decided to prioritize air handler speed over SEER when choosing equipment. What's next?

Basically, settling for a single stage compressor with a single speed air handler gives you a system that cuts on and off all the time. It's like owning a car that only travels at 0 mph and 65 mph with nothing in between.

Even at 20 SEER, that's not an ideal arrangement.

When choosing a new AC, following the proper sequence makes a difference.

To recap, here are the proper steps to follow when selecting new air conditioning equipment:

By adhering to the above sequence, you won't fall victim to many common pitfalls of AC replacement. You'll end up with the most effective, properly sized system for the money.