Help! My Heat Pump Is Covered in Ice 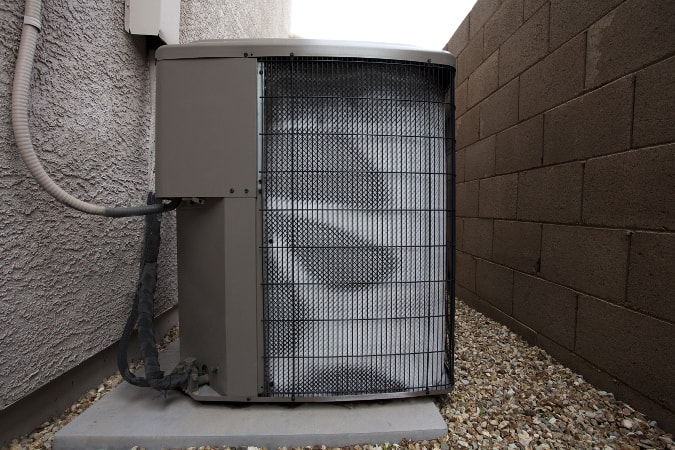 It's a crisp, quiet winter morning - the perfect time to bundle up and spend a few minutes outside with a hot cup of coffee. But as soon as you settle into your deck chair, you notice something is wrong. Your heat pump - the big, noisy outdoor component of your heating and air system - is covered in frost.

That isn't normal, is it?

The answer to both questions is maybe, but maybe not. In many cases, there won't be anything wrong with your heat pump at all.

But there could be.

It all depends on the dew point.

Lest the sight of ice or frost on your heat pump prompt an immediate call to an HVAC professional, let's take a minute to understand why this might be happening. First of all, why does frost form on surfaces? The answer has to do with air and surface temperatures, relative humidity, and the current dew point.

Dew point, of course, refers to the temperature at which humidity in the air changes states and becomes liquid. You've seen frost on shrubs and grass in the mornings, right? That happens when:

And it's completely normal when this happens. Nothing is broken.

So will the frost go away on its own?

Usually, yes. The frost will disappear on its own.

Your heat pump has a defrost cycle that will melt the frost when it kicks on. Basically, the hot refrigerant that the system uses to heat your home is sent back through the outdoor coil. This process increases the temperature of the surrounding components above the freezing point, and the frost goes away.

Chances are, this will happen pretty soon after you notice the frost is there. By the time you finish that cup of coffee, it might have melted already.

Ok, a really thick layer of frost or ice could indicate a real problem with your equipment. When a layer of frost forms between defrost cycles, it usually isn't all that thick. It hasn't been there long, and it will melt pretty quickly. But you'll know something is up if:

Now it's time to call your HVAC company. It's not normal for lots of ice to form on your outdoor unit and stay there. In all likelihood, your system's refrigerant charge is off or the components that control the defrost cycle are broken. Either way, it's time for a repair.

Can you ignore your iced-over heat pump and leave it to chance? Sure, but you probably won't be happy with the outcome. For starters, your heat pump won't properly heat your house, so the system will switch to heat strips. This is a stupendously expensive way to produce heat, and you'll notice when you get your next utility bill.

Now you know when it's time to freak out. Or not.

A little frost on the heat pump is no biggie. Just make sure it melts after a few hours, and you're good.

On the other hand, a thick, growing layer of frost or ice is not a small matter, and you should call an HVAC professional to check things out.

So go ahead and finish that cup of coffee. Grab some breakfast. Put on some tunes. By the time you've done those things, you'll probably have a frost-free heat pump.

If you don't, you know what to do.