Noisy Air Ducts? Here’s How to Make Them Quieter 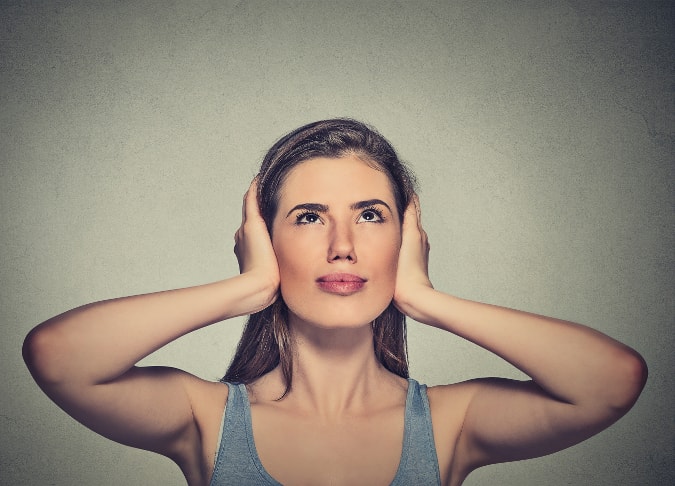 Imagine it's a quiet afternoon and you've got the house to yourself. You slump down into the sofa. You're going to put on some tunes - something mellow - and relax. Maybe you'll finally open that new book you've been meaning to read.

But as soon as you tap the play button and open your book - whoosh! The air conditioner roars to life.

Now you can barely hear your music. You'll have to turn up the volume. And while you'd like to concentrate on your book, you can't. You're worried that you might not hear the doorbell if it rings. Or your phone if it vibrates on the counter.

Everything was fine until the air conditioner came on. Now those noisy air ducts are intruding on your solitude.

Ducts don't make much noise on their own. The air moving through them makes noise, and a variety of factors can make air movement more (or less) audible.

Before getting into the nuts and bolts of ductwork and noise levels, let's consider a few noise reduction basics. If the air moving through your system makes a lot of noise, the first things to check on are:

If you're having duct noise problems in your Atlanta area home, our team can diagnose the problem and guide you to the best fix.

If you've checked on all of these things and addressed the problems, your ducts might not seem so noisy. But if they do - and you're keen on making your system quieter - there are some additional steps you can take.

We've written about static pressure before. Every system has some, but many systems have too much. When static pressure is too high, it means your ducts can't adequately accommodate the volume of air that your equipment is trying to move through them.

And when the volume of air exceeds what your ducts are intended to handle, you get noise.

High static pressure is a common problem. While every home is different and requires a unique fix, here are some of the most common solutions to air noise resulting from "high static:"

Another way to decrease airflow noise: Upgrade to a variable speed blower

If it's time to replace your HVAC system, you're in luck! Assuming you select a new system with a variable speed blower, it's almost certain to be quieter than the standard blower you're replacing.

That's because variable speed blower or furnace fans usually run at a low speed, circulating air throughout your home more consistently than the old school, on/off systems you're probably used to. The fan speed varies depending on the cooling or heating load, but the fan operates at lower speeds most of the time.

And since less air is moving through your ducts, noise levels are lower - sometimes dramatically so.

You'll still know your system is working. After all, it's pretty obvious whether you're comfortable or not! But you might not hear it running unless you stand under a supply register and listen. In some systems, variable speed blowers really are that quiet!

A quick word about hard pipe vs. flexible ductwork

That's not to say hard pipe ducts are always loud. Assuming they're properly sized for your home and your system, you'll probably hear minimal noise from all-hard pipe ducts. If you've got a variable speed blower, that's definitely the case.

Just be aware that hard pipe ducts tend to be noisier than their flexible counterparts. Not always, but usually.

Then there's the central return "problem."

Here's another situation where system infrastructure makes it hard to cut down on noise: Homes with a single, central return. You see these in smaller homes, like condos.

In these homes, builders sometimes install a furnace or air handler right on the return plenum, which is ducted to the central return or, occasionally, a hole in the wall with a grille on the other side. Even with variable speed equipment, it can be hard to quiet these systems since the blower motor is right there and there's minimal space for additional ductwork.

The problem has to do with space and design. If there's enough space to add ductwork or rearrange the system components, that can help with noise. Other space/design issues include an air handler installed just behind a bedroom wall or a furnace that wasn't installed on rubber pads.

Sometimes, it's possible to fix these problems. But not always.

Noisy ducts are almost always a symptom of a bigger problem

We just took up a lot of space discussing static pressure, HVAC equipment sizes, and ductwork installation quality - all in an article about airflow noise! That's because the noise itself isn't usually the problem. You need to fix the thing causing the noise.

After checking for closed vents and fixing kinked or sagging flex duct, your best move is to have an HVAC professional measure the static pressure in your system. If you're hearing a lot of noise, static pressure is probably high. After checking things out, the contractor will likely propose one or more of the solutions we just discussed.

Fix the bigger problem, and the noise usually goes away. Then you can finally enjoy those tunes, dive into that book, and take a load off. You can also forget about those pesky HVAC and air duct problems.

You won't have them anymore.