Here’s How to Spot an Unethical HVAC Contractor 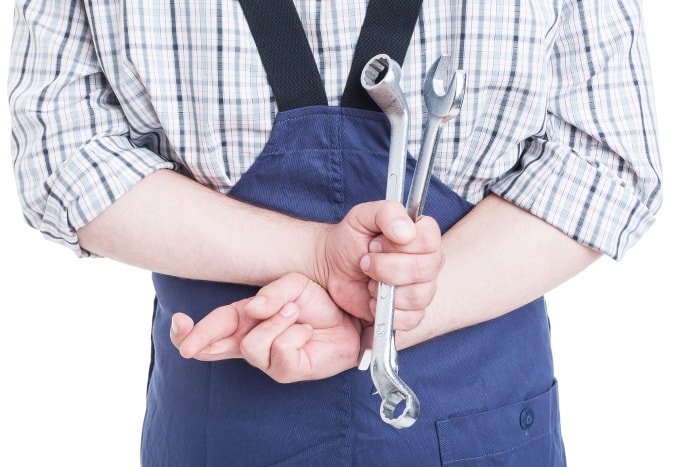 HVAC companies fail more often than nearly any other type of business in the United States. Why might that be?

Is it because competition is cutthroat? After all, there are several heating and air contractors in most markets, and many have been in business for years. Or is it because the owners didn't start with a solid business plan, don't understand how to manage growth, or can't handle overhead?

Any of those things might contribute to a business's demise. But here's another factor that also leads to failure: not behaving ethically. In the Atlanta market, we're constantly cleaning up messes created by contractors who don't put their clients' interests first.

The good news is that unethical HVAC contractors often go out of business. The bad news is that they create a lot of havoc before they fail.

What does it mean for a contractor to behave "ethically?"

We're just one company with one point of view, but here's our take on ethical behavior in the HVAC and home performance industry. Ethical companies:

Here's the "big picture" problem that plagues the industry: Contractors sell HVAC as a commodity service. They've convinced many consumers - and some have even convinced themselves - that the service is the same no matter who performs it.

But that's a dangerous way to do business.

A man from Sandy Springs called us one day. He'd recently hired a company to install a new heat pump, but he was less comfortable than ever. "It just doesn't run very often," he told us.

We were pretty sure we knew what was up. It sounded like the HVAC contractor who installed the heat pump gave him an oversized unit. As it turns out, we were correct. But that was only the beginning.

Not only was the air conditioner not running often enough, but the installer had overcharged the refrigerant. The air conditioner wasn't operating anywhere close to peak efficiency, and the compressor motor was at risk of failure.

What's more, air coming out of the supply vents had a musty smell. It turns out that the HVAC contractor had, per client request, installed new, insulated ductwork as part of the replacement job.

Unfortunately, they completely botched the installation.

The return ducts had serious leaks - some were so big, you could put your hand through them. Because of the leaky ductwork, crawl space air was getting sucked into the return. The client's crawl space was damp and had splotches of fuzzy mold growing on the floor joists, hence the musty smell.

Here's a rundown of what happened:

We sealed up the ductwork and installed a whole house dehumidifier to mitigate the impact of of the client's oversized, short cycling air conditioner. We also scheduled an appointment to remediate the mold and encapsulate the crawl space. After fixing the ductwork and installing the dehumidifier, the client ended up paying more than he would have paid to install a properly-sized heat pump.

This sort of thing happens a lot. Unethical business practices allow it to continue.

How to find an ethical contractor for HVAC and home performance

So, how do you know whether an HVAC company is behaving ethically? Online reviews are helpful, but they can be misleading if a client has just had something done. That's because many installation deficiencies and home performance problems only become apparent after months or years have gone by.

Here are our suggestions for identifying ethical contractors:

When it comes to selecting an HVAC contractor, the stakes are high. The client we described earlier was breathing unhealthy air, all because of bad HVAC work!

It can be worse, though. We've done safety assessments and found carbon monoxide leaks that that were putting clients at risk. Remember: We're dealing with combustion, construction equipment, potentially hazardous building materials, and powerful machinery. HVAC isn't a commodity service - the consequences of unethical business practices are serious.

Consumers should always know what they're getting with an HVAC contractor. And what they get should be the best, safest products and services for their needs and budget. Period.