Does Your HVAC System Need a New Line Set? 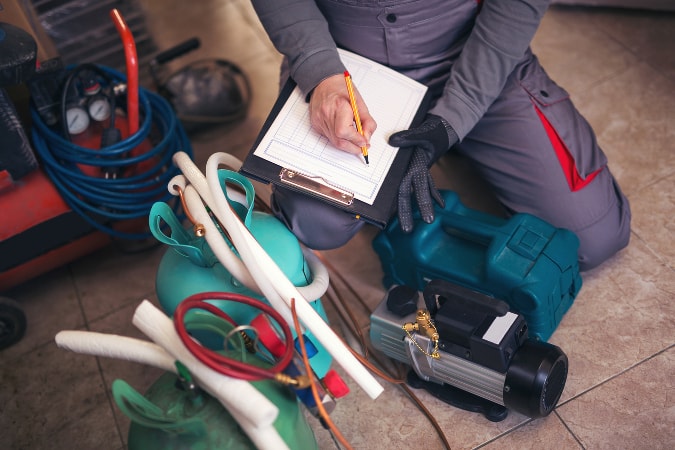 Imagine you just bought a new electric range for your kitchen. Your last range was also electric, and it was the same size as this one. You don't need to renovate your kitchen or run new cables for this one to work. It uses the same connections as the old and basically works the same way.

But what if you were buying a range that was bigger than your old one - and what if it was powered by gas?

Well, you'd have to make some changes. For starters, you'd need to run a gas line to your kitchen. You might also have to cut out a section of your countertops.

Equipment specs matter. It's the same with HVAC installations.

Deciding whether to install a new refrigerant line set during an HVAC installation is kind of like getting a new range. If your existing line set meets manufacturer specifications for the new HVAC system, you can usually reuse it. But if it doesn't meet those specifications, you'll probably need a new one.

If all of the following are true, it usually makes sense to keep the line set you've got:

Do most line sets in most homes in our area check all of these boxes? Yes, they do. In fact, we reuse the line set from around 80% of the HVAC systems we replace in metro Atlanta!

So, the simple answer to new line set question is "probably." If the system you're replacing is similar to the systems most other people in our area are replacing, then you don't need a new line set.

But what about that other 20%?

You know you need a new refrigerant line set when…

So, sometimes you have to get a new line set (numbers 1, 2, and 3 above). Other times, it's just really easy and affordable to replace (number 4), so you might as well.

You don't necessarily have to replace your line set when replacing an R-22 system with an R-410A system. If you're getting quotes from someone who says that you do, well… let's just assume they're misinformed.

As long as you properly remove all refrigerant and oil, it's ok to reuse a line set that once held R-22 refrigerant. Speaking of cleaning the line set…

Always insist on a clean line set prior to your HVAC installation.

That's a must whether you're reusing the existing line set or getting a new one. The only way to properly clean out the line set is to perform a triple evacuation procedure. Basically, an HVAC pro removes contaminants from the line set three times using a vacuum pump.

At PV, we actually do more than a standard triple evacuation. Still, the "triple evac" is a minimum standard.

With a clean, properly sized, properly installed line set, your new system shouldn't have any problems with the refrigeration cycle. You'll be good to go!

And you won't have to worry about whether you should - or shouldn't have - purchased a new line set along with the new system. You'll know you made the right decision.