Does Your Carbon Monoxide Detector Really Protect You? 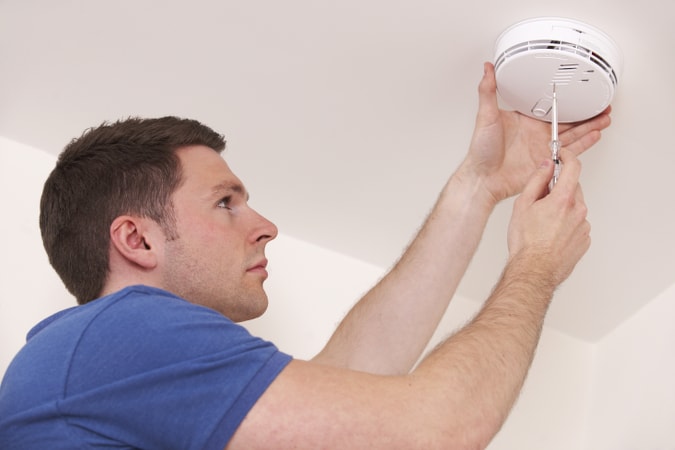 No, we're not talking about fire hazards from candles and holiday lights - although fire safety certainly is important. We're talking about carbon monoxide, or CO. Since you use more natural gas during winter, your risk of a CO leak increases.

And as we've discussed before, CO leaks can be super dangerous.

Rightfully, many people purchase CO detectors to alert them of a leak before the CO poses a danger to anybody in the home. You might have one of these devices already, and that's good.

The problem is that the CO detector you picked up at Target or Home Depot might not detect CO as well as you think it does.

How much CO is too much?

The airborne concentration of CO is typically expressed as parts per million, or PPM. The lower the PPM of CO, the less CO is in the air. 0 PPM is ideal.

So, how high can the PPM get before CO becomes dangerous? It all depends on who is being exposed - and for how long.

According to the Occupational Health and Safety Administration (OSHA), no worker should be exposed to airborne CO of 50 PPM or higher for more than 8 hours. After that, the exposure poses a health hazard. Other agencies and organizations recommend different exposure limits. According to EPA data, the National Institute for Occupational Safety and Health recommends no more than 35 PPM over 8 hours for workers. And the American Conference of Governmental Industrial Hygienists recommends no more than 25 PPM of CO exposure throughout an 8-hour workday.

So, which is it? 40 PPM? 35 PPM? 25 PPM? Different authorities came to different conclusions.

What's more, the guidelines are all for working-age, healthy (presumably) adults - not infants, children, the elderly, cancer patients, or people with heart conditions. The CDC says that those people are more susceptible to CO poisoning.

If you're like us, you'd rather not settle for the workplace exposure maximums established for the strongest people in society. You want CO levels in your home to be at or near 0 PPM.

Most carbon monoxide detectors aren't all that sensitive.

It's a shame, but it's true. A typical Kidde CO detector that you buy from a big box store only goes off when it detects CO concentrations of 40 PPM over 10 straight hours. And that's the lowest concentration that will sound the alarm!

It also goes off when there's 50 PPM of CO in your home for 8 hours - the OSHA standard. Basically, Kidde's CO detectors keep your home compliant with workplace guidelines.

That might be ok… in the workplace. But your home isn't a work zone. And if its occupants aren't exclusively working-age adults in decent health, 40 or 50 PPM probably isn't good enough. You might have a furnace that's backdrafting into the house, keeping your CO concentration at 30 PPM all winter long. A Kidde CO detector won't alert you, though. Neither will a First Alert CO detector, which is even less sensitive.

CO exposure can cause headaches, dizziness, fatigue, and nausea. High levels of exposure can be fatal. According to most authorities, a healthy 30-year-old probably won't experience any symptoms at, say… 25 to 35 PPM. For that person, a Kidde CO detector is probably an ok choice.

Some CO detectors are more sensitive. We think they're the best.

A more sensitive CO detector helps you protect everyone in your house. An alert can also be a cue that there's a problem with one of your combustion appliances. And yes, there are CO detectors available that sound an alarm at low levels - 10 PPM to be exact! With that level of sensitivity, you'll be in a good position to catch small CO leaks before they become big leaks.

Strangely, these CO detectors are still a "specialty" product, so you probably won't find one at the hardware store. To learn more about them, drop us a line!

If you want to give someone a really practical gift this holiday season (not as exciting as a new iPhone, but still), a better CO detector might be just the thing. Since we're all running our furnaces now, it might even be a gift you give early!

Come to think of it, a more effective CO detector might be a good "gift" for yourself.