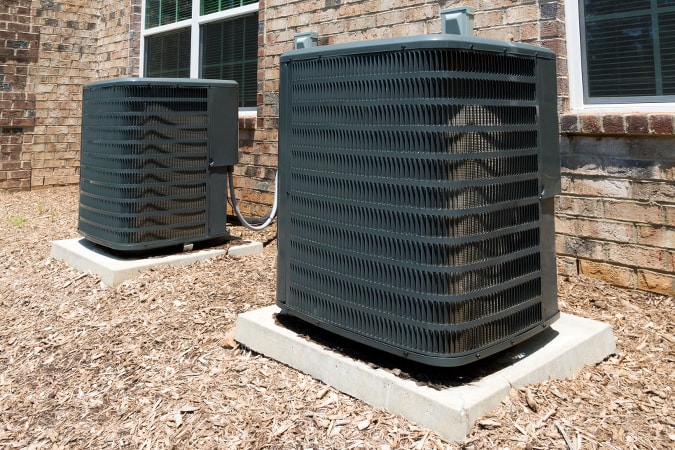 Imagine your town has an ice salesman who sells giant, shimmering cubes of ice. It's the best stuff you could ever hope to put in your drink on a hot day.

Or so you think.

Anyway, this ice salesman walks through town. He puts ice in everyone's cups, claiming it's the purest, most beautiful, and longest-lasting ice available. He claims his ice will stay solid in your cup for a really long time and cool your drink better than, say, smaller ice cubes from your ice maker.

But here's the thing: He never asks what kind of cup you're using.

You might be using a paper cup. Or a plastic one. Or an insulated mug. But none of that matters to the ice salesmen, who just goes around claiming he sells the best ice in town.

The AC replacement business is pretty much the same, unfortunately.

Your neighborhood ice salesman should care what kind of cup you're using. Likewise, your HVAC contractor should care about the attributes of your home before recommending and installing an AC unit.

And by your home's "attributes," we're not just talking about square footage. We're talking about every factor involved in a Manual J load calculation, the Air Conditioning Contractors of America protocol for determining the correct size for new air conditioners. Manual J accounts for details like:

There are more, but you get the idea. HVAC contractors should perform a Manual J load calculation before installing a new AC unit. In our experience, the ones who don't bother with Manual J (i.e. most HVAC contractors in Atlanta) often recommend AC units that are way too big for your home. And that's a really bad thing.

An oversized AC unit is more expensive and less effective. It's a major liability.

Think back to the ice salesman. If you're using an insulated mug, you might not need the ice salesman's giant ice cubes. The smaller ones from your ice maker will be sufficient to cool your beverage of choice. What's more, the cubes won't take up a lot of space in the mug or dilute the flavor of your drink.

They also don't require as much energy to produce.

Choosing AC equipment for your home should follow a similar line of thinking. Before declaring, "I want my HVAC contractor to install the most powerful system in my price range," consider the consequences of having an unnecessarily large air conditioner:

The takeaway? Choose an AC based on Manual J. More tonnage is almost never better.

Oversized AC units are as common in Atlanta as pine pollen on your windshield in spring. We see them all the time. Using a little "back of the napkin" math, we probably downsize around 35% of the systems we replace.

Why don't most HVAC contractors use Manual J? Unfortunately, HVAC is viewed as a commodity service, so most contractors compete on price - not precision. If homeowners don't know how important it is to perform a Manual J load calculation prior to air conditioner replacement, they'll usually sign off on whatever unit the contractor recommends.

But not you! Now that you understand the impact of Manual J, you won't fall into that all-too-common trap.

You probably won't buy your ice from some guy on the street either.